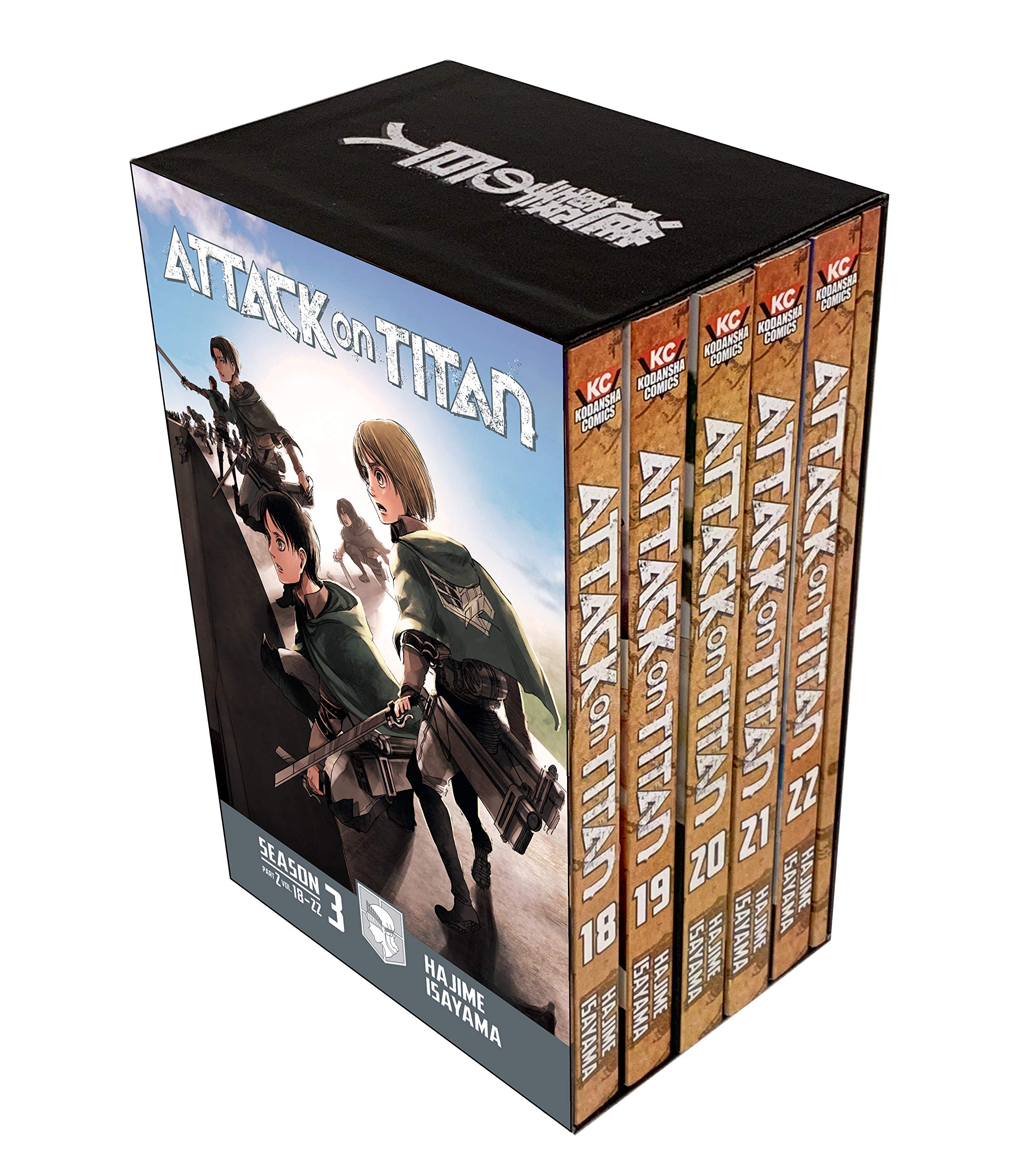 Price: [price_with_discount]
(as of [price_update_date] – Details)

Continue your journey outside the walls with the manga that inspired the second part of season 3 of the hit anime Attack on Titan! Includes an EXCLUSIVE book of Attack on Titan short stories never published in English!

The Survey Corps has overthrown the Royal Government and swept away the tyranny of the king. The next step: Move to retake Wall Maria, with the helpf of a newly-discovered metallic ore and Eren’s miraculous Titan hardening powers. But as humanity pulls together, its enemies also unite beyond the Walls… now that the Beast Titan has joined Reiner and Bertolt, what havoc will they wreak?

Stampede Into Season 3 of the Manga Epic

Box fits together with Season 3 Part 1

Levi, Eren, and the Survey Corps are on the attack in the dramatic art on this rigid, premium-quality manga box set. The depiction of your favorite Attack on Titan heroes fits together on the shelf with the Season 3 Part 1 box set, available now!

This Season Three Part Two box set encompasses the first half of the third Attack on Titan anime season, which was adapted from Vols. 18-22 of the original manga. If you’ve never read the original Attack on Titan story, you owe it to yourself to see it the way it was meant to be!

This set also comes with a 64-page book of short stories never published in English before, going inside the girls’ barracks with Krista and taking you onto the front lines with Hannes and the Garrison.