God’s Blueprint for Nations: The KNIGHTS are Rising to SAVE AMERICA and the NATIONS OF THE WORLD

Added to wishlistRemoved from wishlist 4
Add to compare

Sexiled: My Sexist Party Leader Kicked Me Out, So I Teamed Up With a Mythical Sorceress! Volume 2

Added to wishlistRemoved from wishlist 1
Add to compare
$14.95 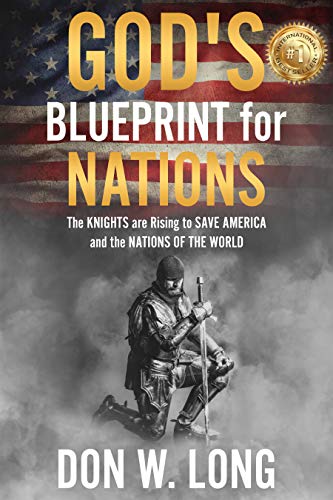 We are being called right now to restore and rescue our great Nation.

The moral decay that surrounds us, at the hands of those who would attempt to destroy the very nation we love, has brought us to a very dangerous destination, a place of no return if we don’t stand up and take action NOW!

A rewriting of our great American experiment has been underway for a hundred years! It has been well-crafted by people under the influence of a globalist one worldview. It places your individual freedoms at the mercy of a ruling class with a one worldview.

When Hitler rose to power, he removed any voice contrary to his, so he could start to systematically remove anything in opposition to him and reeducate the populous in his image for Germany. He began to burn all the books and to rewrite history. Why? Because he only wanted one voice, His.

The books are burning in America right now.

The voice of the one worldview and the antichrist spirit has risen to be the predominant agenda of those who would attempt to overthrow our nation and freedoms.

We are in a war right now for our nation’s soul and the freedoms afforded to us by the sacrifice of previous generations. The globalists are attempting to remove everything you take for granted as an American. Your freedoms and the future of your generations are in the balance right now, and if we don’t stand up now, we could lose our precious nation.

In this book, you will discover:

Dante Alighieri said, “The hottest fires of hell are reserved for those who remain neutral in times of moral crisis.” There is no neutrality. We cannot afford to be neutral any longer.

The greatest sin is to do nothing because you can only do little.  If you’re ready to take our nation back, Click the BUY NOW button and let’s get started.

Be the first to review “God’s Blueprint for Nations: The KNIGHTS are Rising to SAVE AMERICA and the NATIONS OF THE WORLD” Cancel reply

God’s Blueprint for Nations: The KNIGHTS are Rising to SAVE AMERICA and the NATIONS OF THE WORLD